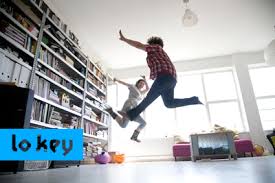 LoKey is a creative studio established in Athens, Greece in 2005. Their work focuses on video, motion design and stop-motion animation. They have directed and produced music videos for numerous artists for record labels such as Warner Music, Sony Music and Minos EMI. They have also animated short pieces for television, film and advertising. They have been recognized for their work in 2009 and 2010 by the Greek Graphic Design Society (EVGE). Although they collaborate with numerous freelancers depending on the project at hand, LoKey was founded by Yanni Lolis and Kleopatra Korai.