The Road to the Newspaper Kiosk

For the very first time Medea Electronique undertakes the adaptation of a literary work for the stage and decides to use the poetry of one of the most charismatic representatives of the “new generation” of poets in Greece, Yannis Stigkas.

“The Road to the News Paper Kiosk” (“O dromos mexri to periptero”), the collection of poems by Y. Stigkas – which was published by Mikrh Arktos publications in 2012 –  in the hands of Medea Electronique, becomes the issue at stake in the fullness of time, the finding of even the slightest of reasons why one should cross the road to the other side, if even for the simple reason to buy a packet of cigarettes.

The creation of art, of life and ultimately the reason for which to live life beautifully.  The construction of a performance before the eyes of the audience.  On stage we witness constructivism and cinema in real time, electronic experimentation and melodies along with the human body and its motion.  Miniatures, projections, screens, cameras, analogical and digital sound devices, live experimentation with DIY musical instruments.

The attempt, in other words, by human beings to give meaning to themselves, to life, to the world.  The need to create meaning within the chaos of the world.  The duty of each personal, personally, and each society, collectively – even when it doesn’t exist – to create.  Each time from the very beginning.

A performance which moves within the three dimensions of history:  past-present-future.
The perpetual war between opposing principles, the incessant flow of opposites, according to which everything is either created or destroyed.  Always towards a fragile, ephemeral balance.  Love, revolution, poetry.  Political poetry?  For Stigas himself, if  “A Cloud in Trousers” by Mayakovsky, the “Neolithic Nightsong in Kronstandt” by Karouzos and the Three Poems under a Flag of Convenience by Elytis are considered political poetry, then, yes, “Onwards to the Booth” could also be considered so.

The work is presented within the wider concept of the “Literature on Stage” project and is an initiative of the Michael Cacoyannis Foundation.  Within the framework of this action, the artists interact with writers of their generation, searching for the common language and the common way with which their common experiences, hopes and fears can be portrayed.  Following on from the performances by Medea Electronique, is the performance “Alba” by Thomas Tsalapatis, directed by Constantinos Chatzis and Maria Fakinou’s “The beginning of Evil” (“Arxh tou Kakou”), directed by  Maria Maganari.

*During the performance the actual voice of the poet is heard. 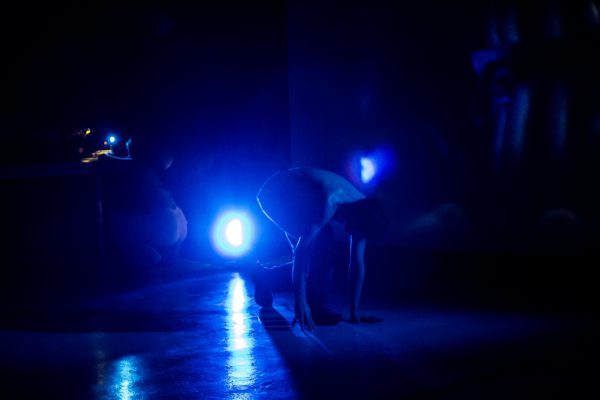 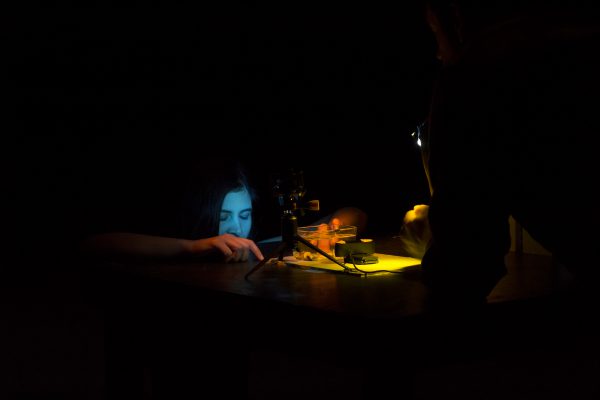 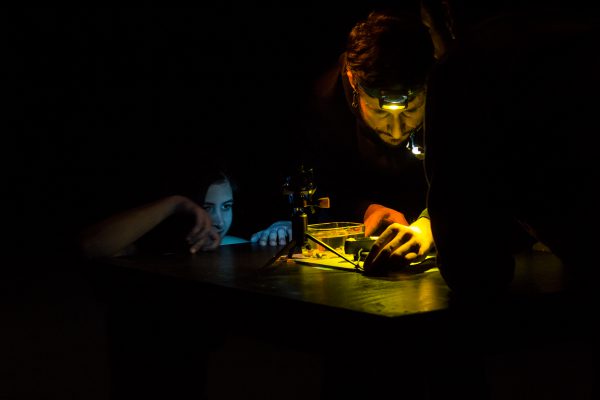 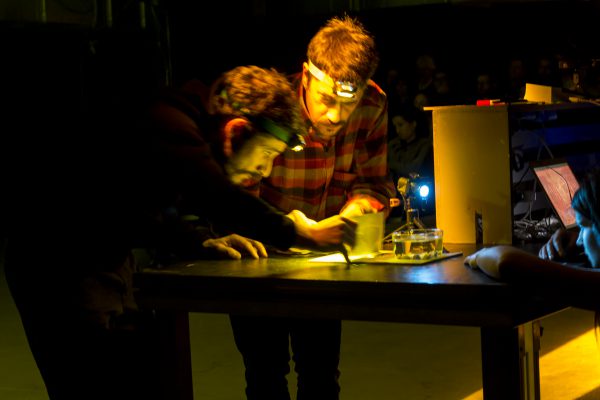 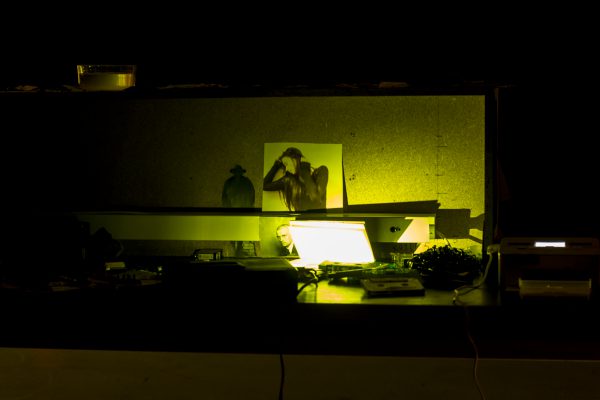 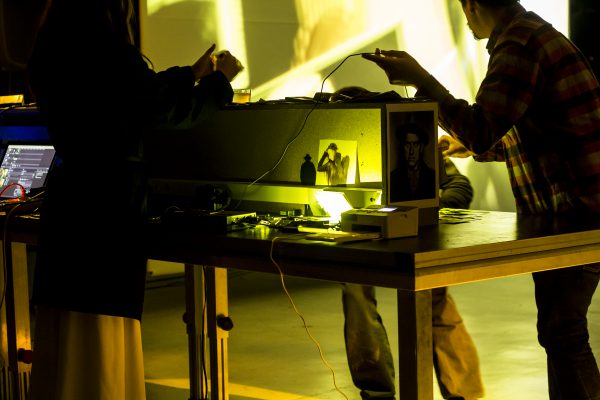 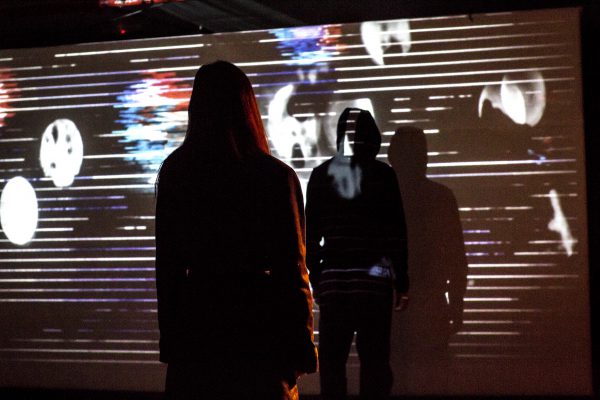 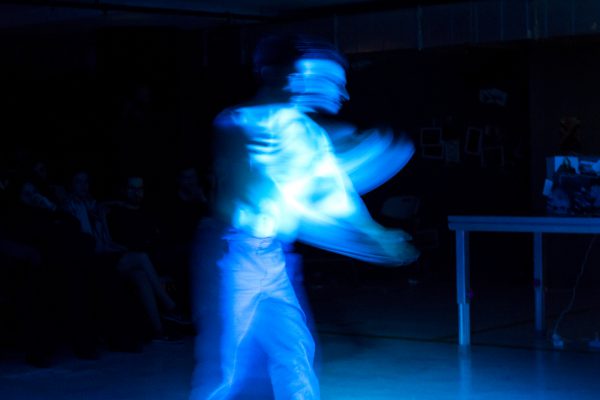 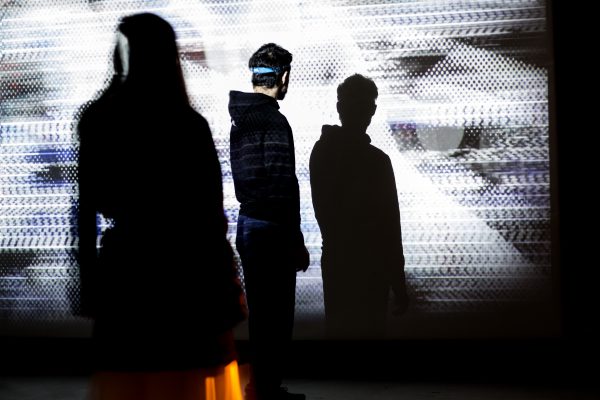