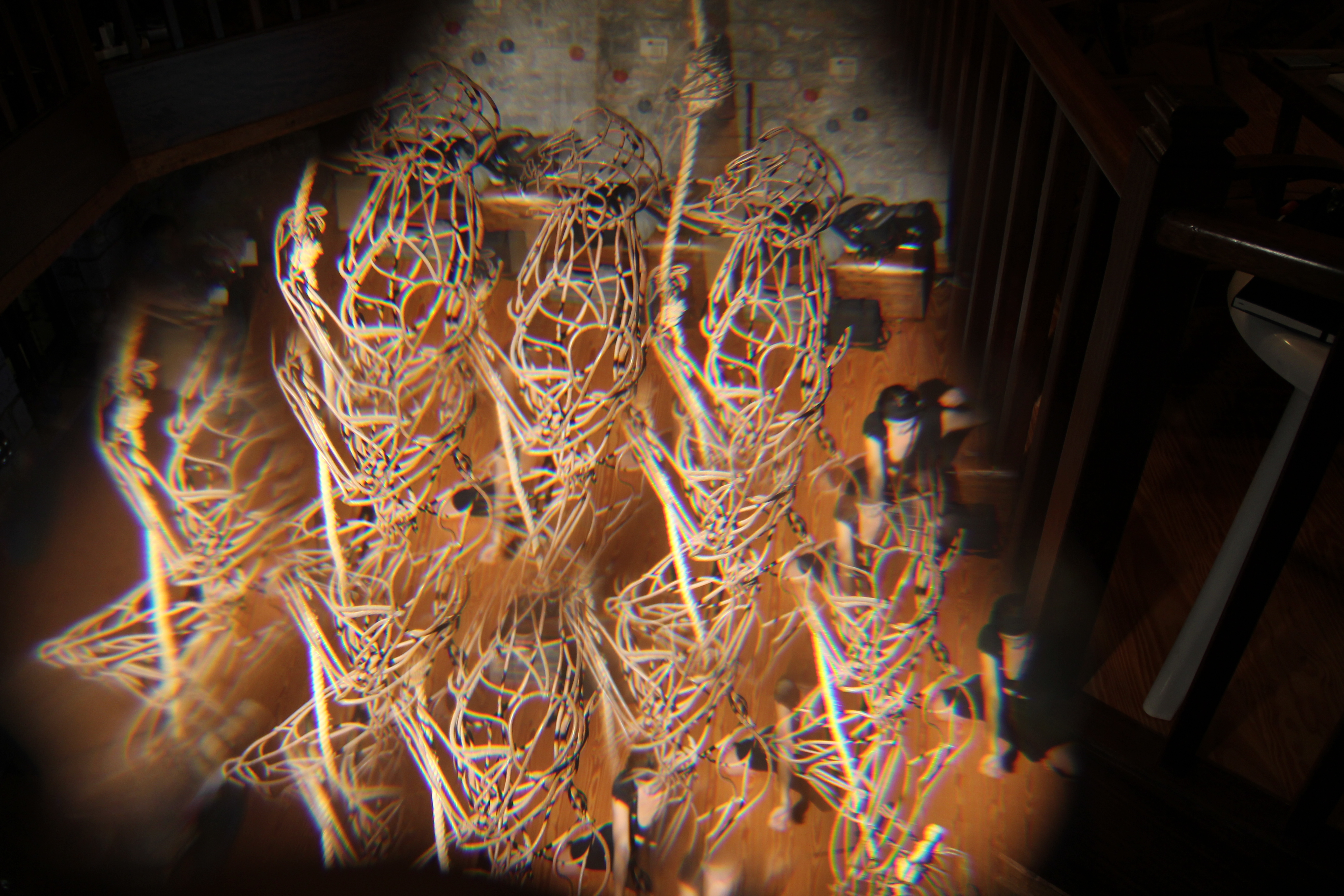 Improvise and think about exploring your own self”—This was the motto for the first test of the interactive tunic worn by one of the dancers today. The main residency space witnessed the development of this technology, which was a melding of old crafts, sewing, embroidering, clothing design, with the new, sound mapping and synthesis. Slowly, as the day progressed more controlled and articulate sounds and movements took place, as the dancer came to embody both the costume, and the sounds it can produce. We await further developments of this project! For others, today began very early, as a 5 am wake-up call circulated to those part of a dawn video shoot involving dance with live musical improvisation, and the fading stars and slowly emerging mountain ridge. The wind was strong, and the temperature was cool, but perseverance on the part of the performers, and some audio editing magic, made the session a success. A bit later, but still in the morning, another group headed to the village at the base of the mountain for the celebration of the Greek national holiday being celebrated today, remembering the beginning of Greek involvement in WWII. Others went into the local village for a café break before returning to the residency to continue working, where the fabric speakers, with embroidered voice-coils (!), interactive tunics, and digital wind-chimes were being tested. After lunch a large number of residents returned to the abandoned olive processing factory for the first day of shooting of a movement-based video project. While all this was going on, another multi-media project is taking shape on the roof, and video-projection boxes are being built, along with assorted custom audio patches. The energy level is great, everyone is busy enjoying their projects, and accepting input and suggestions from where ever they may come from. Tonight we will see early drafts of some projects, test further emerging technologies, and talk about what is to come. The documentary crew has been shooting a massive amount of video, and has begun interviews with the residents. Things can get so busy that you forget where you are—until you look up and see that the landscape is still here!